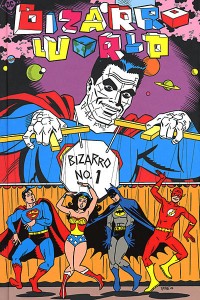 The other day I stumbled upon a fictional genre that was entirely new to me: Bizarro Fiction. I was captivated by the name alone. Obviously, as a comics fan I knew this genre was named after Bizarro from the comics, Superman’s imperfect duplicate. But while Bizarro Fiction’s name may have been inspired by the eponymous DC Comics character, the genre’s roots are far different.

Bizarro Fiction is just plain weird. It’s basically the literary form of a David Lynch or Tim Burton film, according to Horror World. It’s usually provocative, and often offensive, and defies logic. It’s like outsider art. The fictional worlds found within can be as crazy as Wackyland or as mundane as an ordinary melodrama, but with one key element bizarrely out of place.